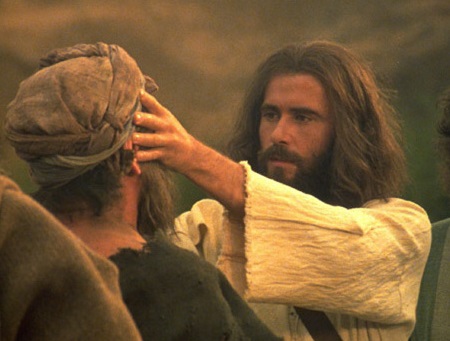 Influential French doctor-politician Bernard Kouchner founded the medical relief agency Médecins Sans Frontières (Doctors without Borders) as a result of his time in Biafra region of Nigeria during the bloody Biafra war working to heal and save the wounded.  MSF has become a global medical relief agency noted for its neutrality. MSF will try to treat and save any side in a conflict zone or natural disaster regardless of race or religion.

After the founding of MSF, Kouchner went on to become the health minister of France, three separate times, for both left and right-wing French governments.  The UN appointed Kouchner as their UN envoy to Kosovo to establish functioning government structures to heal Kosovo after the brutal 1998-99 Kosovo War in the former Yugoslavia.  The Jerusalem Post ranked Kouchner as the 15th most influential Jew worldwide because of his contributions to the healing of people and nations.

Healing from sickness has long been an important theme for the Jewish people.  Consider these words penned by Jeremiah in the Bible over 2500 year ago.

“‘Your wound is incurable,
your injury beyond healing.
13 There is no one to plead your cause,
no remedy for your sore,
no healing for you.
14 All your allies have forgotten you;
they care nothing for you.
I have struck you as an enemy would
and punished you as would the cruel,
because your guilt is so great
and your sins so many…
17 But I will restore you to health
and heal your wounds,’
declares the Lord,
‘because you are called an outcast,
Zion for whom no one cares.’

Jeremiah, in God’s name, wrote that the Israelite nation needed a national healing. But since Israel refused to undergo this healing in Jeremiah’s day her destiny pointed to national pain and misery.  However, Jeremiah lit a vision for a future national healing. He reiterated this again a few chapters later

Nevertheless, I will bring health and healing to it; I will heal my people and will let them enjoy abundant peace and security.

Five hundred years after Jeremiah penned those words, Jesus appeared.  Of his many exceptional characteristics, prominent among them was his ability and willingness to heal people.  Like Bernard Kouchner and MSF, Jesus dispensed this healing voluntarily to people regardless of race, gender, politics or conflict.  In contrast to Kouchner and other healers of today, Jesus’ primary means of healing was by speaking. We look at some prime examples recorded in the Gospels, and then reach back into the Old Testament to look their significance.

Previously we saw that Jesus taught with great authority, using authority that only the Christ could have.  Right after finishing teaching this Sermon on the Mount the Gospel records that:

When Jesus came down from the mountainside, large crowds followed him. 2 A man with leprosy came and knelt before him and said, “Lord, if you are willing, you can make me clean.”

3 Jesus reached out his hand and touched the man. “I am willing,” he said. “Be clean!” Immediately he was cleansed of his leprosy. 4 Then Jesus said to him, “See that you don’t tell anyone. But go, show yourself to the priest and offer the gift Moses commanded, as a testimony to them.”

Jesus now shows his authority by healing a man with leprosy.  He simply said ‘Be clean’ and the man was both cleansed and healed.  Jesus’ words had authority to heal as well as teach.

Then Jesus had an encounter with an ‘enemy’.  Romans were the hated occupiers of Jewish land at that time.  Jews viewed the Romans then similarly to how some Palestinians feel towards the Israelis today.  The most hated (by the Jews) were the Roman soldiers who often abused their power.  Worse still were the Roman officers – the ‘centurions’ who commanded these soldiers.  Jesus now encounters such an ‘enemy’.  Here is how they met:

When Jesus had entered Capernaum, a centurion came to him, asking for help. 6 “Lord,” he said, “my servant lies at home paralyzed, suffering terribly.”

8 The centurion replied, “Lord, I do not deserve to have you come under my roof. But just say the word, and my servant will be healed. 9 For I myself am a man under authority, with soldiers under me. I tell this one, ‘Go,’ and he goes; and that one, ‘Come,’ and he comes. I say to my servant, ‘Do this,’ and he does it.”

10 When Jesus heard this, he was amazed and said to those following him, “Truly I tell you, I have not found anyone in Israel with such great faith. 11 I say to you that many will come from the east and the west, and will take their places at the feast with Abraham, Isaac and Jacob in the kingdom of heaven. 12 But the subjects of the kingdom will be thrown outside, into the darkness, where there will be weeping and gnashing of teeth.”

13 Then Jesus said to the centurion, “Go! Let it be done just as you believed it would.” And his servant was healed at that moment.

The word of Jesus had such authority that he simply said the command and it happened from a distance.  But what amazed Jesus was that only this pagan ‘enemy’ had the faith to recognize the power of his Word – that Christ had authority to Say and it would Be.  The man that we might assume has no faith (coming from the ‘wrong’ people and the ‘wrong’ religion), but from Jesus’ viewpoint, would one day join in a heavenly feast, while those from the ‘correct’ religion and the ‘correct’ people would not.  Jesus warns that neither religion nor heritage grants heaven.

Jesus also healed Jewish leaders.  In fact, one of his most powerful miracles occurred when he raised the dead daughter of a synagogue leader.  The Gospel records it like this:

Now when Jesus returned, a crowd welcomed him, for they were all expecting him. 41 Then a man named Jairus, a synagogue leader, came and fell at Jesus’ feet, pleading with him to come to his house 42 because his only daughter, a girl of about twelve, was dying.

… Interrupted by healing a bleeding woman

As Jesus was on his way, the crowds almost crushed him. 43 And a woman was there who had been subject to bleeding for twelve years, but no one could heal her. 44 She came up behind him and touched the edge of his cloak, and immediately her bleeding stopped.

When they all denied it, Peter said, “Master, the people are crowding and pressing against you.”

46 But Jesus said, “Someone touched me; I know that power has gone out from me.”

47 Then the woman, seeing that she could not go unnoticed, came trembling and fell at his feet. In the presence of all the people, she told why she had touched him and how she had been instantly healed. 48 Then he said to her, “Daughter, your faith has healed you. Go in peace.”

…Back to the dead daughter

49 While Jesus was still speaking, someone came from the house of Jairus, the synagogue leader. “Your daughter is dead,” he said. “Don’t bother the teacher anymore.”

50 Hearing this, Jesus said to Jairus, “Don’t be afraid; just believe, and she will be healed.”

51 When he arrived at the house of Jairus, he did not let anyone go in with him except Peter, John and James, and the child’s father and mother. 52 Meanwhile, all the people were wailing and mourning for her. “Stop wailing,” Jesus said. “She is not dead but asleep.”

53 They laughed at him, knowing that she was dead. 54 But he took her by the hand and said, “My child, get up!” 55 Her spirit returned, and at once she stood up. Then Jesus told them to give her something to eat. 56 Her parents were astonished, but he ordered them not to tell anyone what had happened.

Once again, simply by a Word of Command, Jesus raised a young girl from death.  It is not religion or lack of religion, being Jewish or not, that kept Jesus from miraculously healing people.  Wherever he found faith, or trust, regardless of their sex, race or religion he exercised his authority to heal.

Jesus heals Many, including Friends

The Gospel records that Jesus went to the house of Peter, who would later become his chief disciple.  When he got there he saw a need and served.  As recorded:

When Jesus came into Peter’s house, he saw Peter’s mother-in-law lying in bed with a fever. 15 He touched her hand and the fever left her, and she got up and began to wait on him.

16 When evening came, many who were demon-possessed were brought to him, and he drove out the spirits with a word and healed all the sick. 17 This was to fulfill what was spoken through the prophet Isaiah:

“He took up our infirmities
and bore our diseases.”

Jesus had authority over evil spirits which he cast out from people simply ‘with a word’.  Today we more often use the term ‘mental health’, rather than ‘evil spirits’ but goal remains the same – mental and emotional well-being. The Gospel then reminds us that the Prophets had predicted that his lifting of our sicknesses would be a sign of the Christ’s arrival.

The Biblical prophet Isaiah Isaiah had prophesied 750 years before Jesus, but speaking in first person (me, I) on behalf of the coming Christ (=’anointed’ prophesied that:

The Spirit of the Sovereign Lord is on me,
because the Lord has anointed me
to proclaim good news to the poor.
He has sent me to bind up the brokenhearted,
to proclaim freedom for the captives
and release from darkness for the prisoners
2 to proclaim the year of the Lord’s favor
and the day of vengeance of our God,
to comfort all who mourn,
3     and provide for those who grieve in Zion—
to bestow on them a crown of beauty
instead of ashes,
the oil of joy
instead of mourning,
and a garment of praise
instead of a spirit of despair.
They will be called oaks of righteousness,
a planting of the Lord
for the display of his splendor.

Isaiah had predicted that the coming Christ (=anointed) would bring ‘good news’ (=gospel) to the poor and would comfort, free and release people.  Many today do not believe the Gospel accounts of Jesus’ healings.  However, they were not simply pious myths from the imaginations of Matthew and Luke. They stand in line with the much earlier prophetic writings which predicted these healings as an unmistakable sign to identify the Christ. Jesus’ ability to heal responded to the diagnosis given by Jeremiah, fulfilled the prediction of Isaiah, and offers hope for healing to us if we respond in faith to his display of authority.

Jesus had such authority that he was also called ‘Word of God’. Next we see how Nature itself submitted to his Word.